There aren’t many people that can say that they have devoted their entire lives to electronic music, Florian Kruse is most certainly one of them. DJ, producer, lecturer, plus label owner? Yes, Kruse has ticked all the boxes.

Florian describes his music as “melodic, deep, straight forward and mature”. He adds “…if you want to put me into a box I am somewhere between Techno and House. I think my sound fits the new genre on Beatport perfectly which is called: ‘Melodic House & Techno.”

With a long time passion for house that dates back to his early years, Kruse is first and foremost a DJ, taking his signature sound to world renowned clubs. Now settled in the German capital, Berlin, a true hub for electronic music, with regular DJ appearances at the city’s infamous underground clubs.

The Berlin based DJ and producer released a 2 track EP named Beyond The Bloom on Audiomatique Recordings, May 4th. Listen below:

We caught up with Florian to ask him a few questions about his influences and experience:
Tell us about the albums that have influenced you the most creatively? 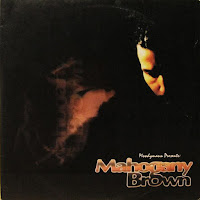 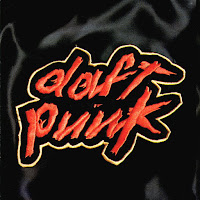 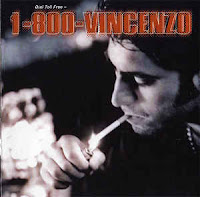 I dont really follow a certain pattern when I am producing music. It all starts with the tempo. Most of the time I have something in mind for the track already, because I’ve heard something that I really liked and where the inspiration comes from. I’m juggling around with sounds and samples and work in a loop until I have enough elements together to start the arrangement.

Both worlds have their goals. I truly love the combination. But maybe I am slightly more the producer type to be honest.

Any new artists on your radar?

Fake Mood from Russia are such a super talented duo and I have just worked with them on an EP for Exploited records set for release on 9th July.

Listen to ‘Limbe’ by Fake Mood & Florian Kruse below:

That’s hard to answer. There are a lot of good memories. Let me pick this one:
I have played at Docks in Hamburg (my former home town) last year right after my name sake Monika Kruse. It was a big party and everything just felt right from the very first second I started playing until end. Definitely a gig to remember.

Ohhhh I think I forgot 🙂 No I didn’t! How could I?! Okay, let me tell you the story of the worst gig of my life…

There was a party in Cesme at a brand new place and they had a cool line up with Animal Trainer, Christian Nielson, Roman Tapia, Chasing Kurt and more. I was playing there with my duo project Kruse & Nuernberg. We came directly from a show in Berlin and were flying to Izmir early in the Morning without sleep. The promoter forgot to send the driver to the airport and we couldn’t reach anyone in the morning hours and were waiting for 3 hours at Izmir airport. We finally got picked up. The driver wasn’t speaking any English. He drove us to the hotel. It was 1 pm already. The hotel said check in time is at 3pm and they don’t have any rooms available now and so we had to wait another 2 hours.

At 4 pm (only one hour on the hotel room later) the driver was picking us up again and he drove us to the airport surprisingly. We were lost in translation and ended up sitting there drinking beer in front of a little shop and found out we are waiting for another DJ to join, but he didn’t show up.. So one hour later we finally drove to Cesme to play the show. It felt like nobody was there beside the DJs. Maybe 20 people?! The venue was okay, a bit posh for my taste but the stage was good and the lights as well and it was located at a lake which was beautiful. So we were sitting there with the other acts, drinking and talking and then the promoters came asking if it’s okay to shift our set time from 8 pm to 2 am in the morning as they were hoping there are more people coming in later.

Our hotel was in Izmir so we had to stay there the whole night waiting and in the end they had to shorten all set times to 30 minutes per each act to make the line up happen. We were playing most likely for ourselves and maybe 20 other people. On top of this we didn’t get fully paid… None of the DJs did, and because it was unexpectedly late we had to drive directly to the airport to catch our flights back home. It was a nightmare! I was totally exhausted after this experience.

That does sound rather unpleasant indeed! I guess that’s all part of the learning curve. Let’s dive into a more favourable part of the experience. If you could collaborate with, or perform alongside any artist, who would it be? And why?

I would love to collaborate on a track with Jimpster. I’ve been huge fan of his music for a very long time. And I would love to work on music with Bon Iver who is a true legend for me as well. #Iwish

Tell us about any upcoming shows or releases you have in the pipeline.

I am really looking forward to playing festivals such as Meeresrauschen in Usedom and Zuckerbrot & Peitsche in Regensburg next month. Upcoming releases are signed to Exploited Ghetto, Noir Music (it’s for a new sub label of Noir), Katermukke and Einmusika.