Yes, we know there’s been a lot of Arca in these waters lately but what else is there to do when she keeps turning the tides in her direction? The queen of avant-pop has seemingly settled into a cycle of announcing a new album every Thursday for the past three weeks, and this week it’s the revelation of KICK iiii. While it was assumed that her (ongoing?) Kick Cycle would take the shape of a trilogy, once again Arca has subverted expectations. KICK iiii is, in Arca’s own words, “an entry of sensual charge in the cycle… a posthuman celestial sparkle, psychosexual pulse-width modulation, queering the void.” Queer is the first single from KICK iiii, a collaboration with England’s Planningtorock. 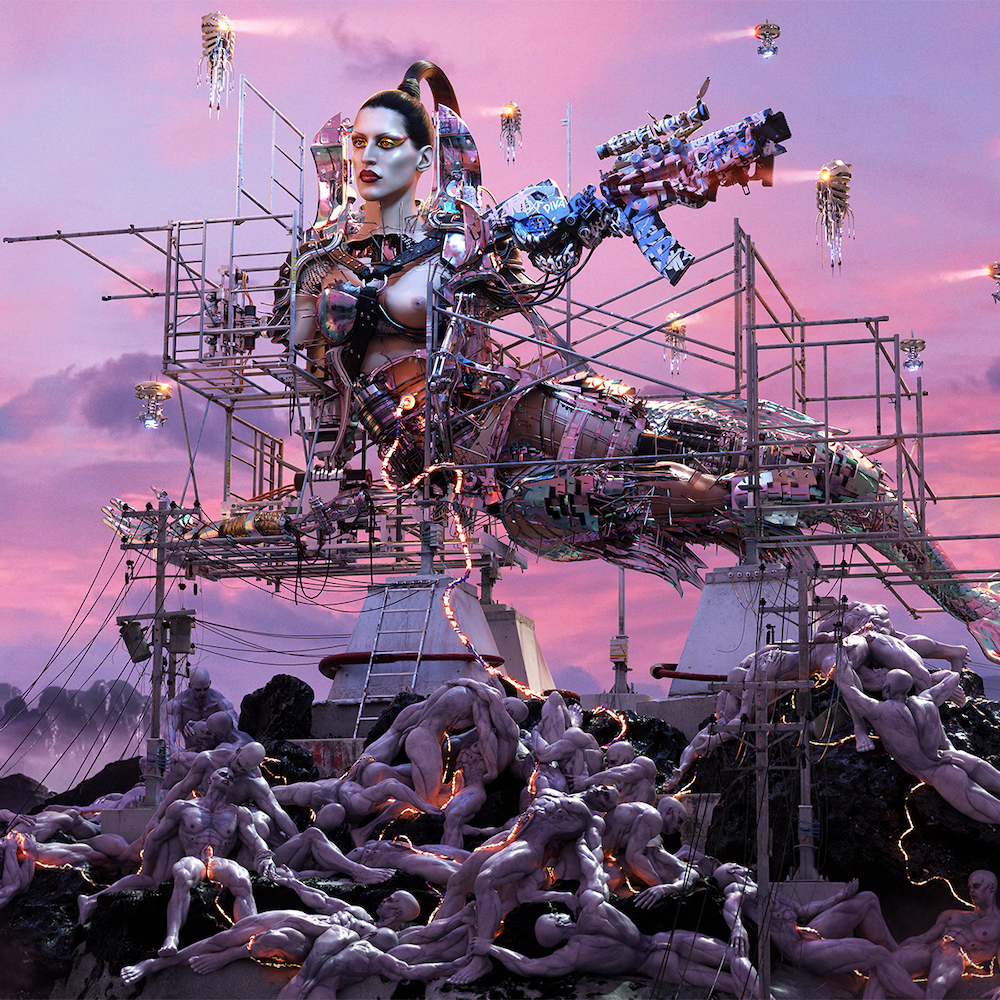 Against a witch house adjacent trap beat that instantly recalls Purity Ring, Queer sees Arca and Planningtorock exchange verses in Spanish and English. Planningtorock takes most of the vocal duties with the incantation “TEARS Will SHOWER IN MY TIME / LIKE A QUEER / LIFE / QUEER FIRE.” The track trips along at a slow pace, full of layered vocal textures and Arca’s signature manipulations. Of the Kick Cycle tracks so far, Queer is among the most immediately accessible. Unlike the mutant cumbian jaunts of KICK ii’s Rakata or KICK iii’s Electra Rex, Queer finds itself preoccupied with emotive pop tropes similarly to the Sia featuring Born Yesterday. With Queer, the Kick Cycle becomes even more expansive in scope, promising to touch nearly every facet of Arca’s artistry. December 3rd, the day on which all Arca’s new KICK albums are due to arrive, may be a seismic moment for electronic and pop music. Best prepare ourselves for the incoming tsunami. Listen below.